Member of the Tai chi chuan and Chi gong Federation for Europe (www.tcfe.org) 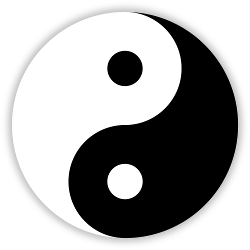 Tai chi chuan is an ancient traditional but unrivalled Chinese defensive martial art. It is powerful though gentle in character. Hundreds of books have been written about the "art of the superior limit"*. Its depth and wealth are inexhaustible.

Beyond its capacity to promote the practitioner's defensive skills, tai chi chuan also permits them to make tremendous progress in their abilities of concentration, balance and relaxation.

Because of the actual and conscious comprehension of yin yang principles, tai chi chuan is an outstanding art solidly advancing the natural resources of physical and vital energy of the human being.

The calmness and inner strength promoted through tai chi chuan practice are valuable assets for people who respect and love their body and spiritual health.

* Or "grand ultimate fist": this term is often used in English texts in order to translate "tai chi chuan".

His long professional experience in classical and contemporary dance (1982 to 1997) and his unremitting study of tai chi chuan have enabled him to achieve a deep understanding of this martial art.

In 2000, he won the silver medal in "Fixed steps tuishou" (pushing hands) at the tai chi chuan national championship of France.

In 1996, at Anya Meot's suggestion, he started teaching tai chi chuan in Paris and he continued his courses until he returned to Greece in 2001. Since 2004, following the personal recommendation of master Tung Kai Ying and Anya Meot he teaches in Athens, Greece.

He continues practicing with Tung Kai Ying and Anya Meot and he also organizes tai chi chuan seminars with them.